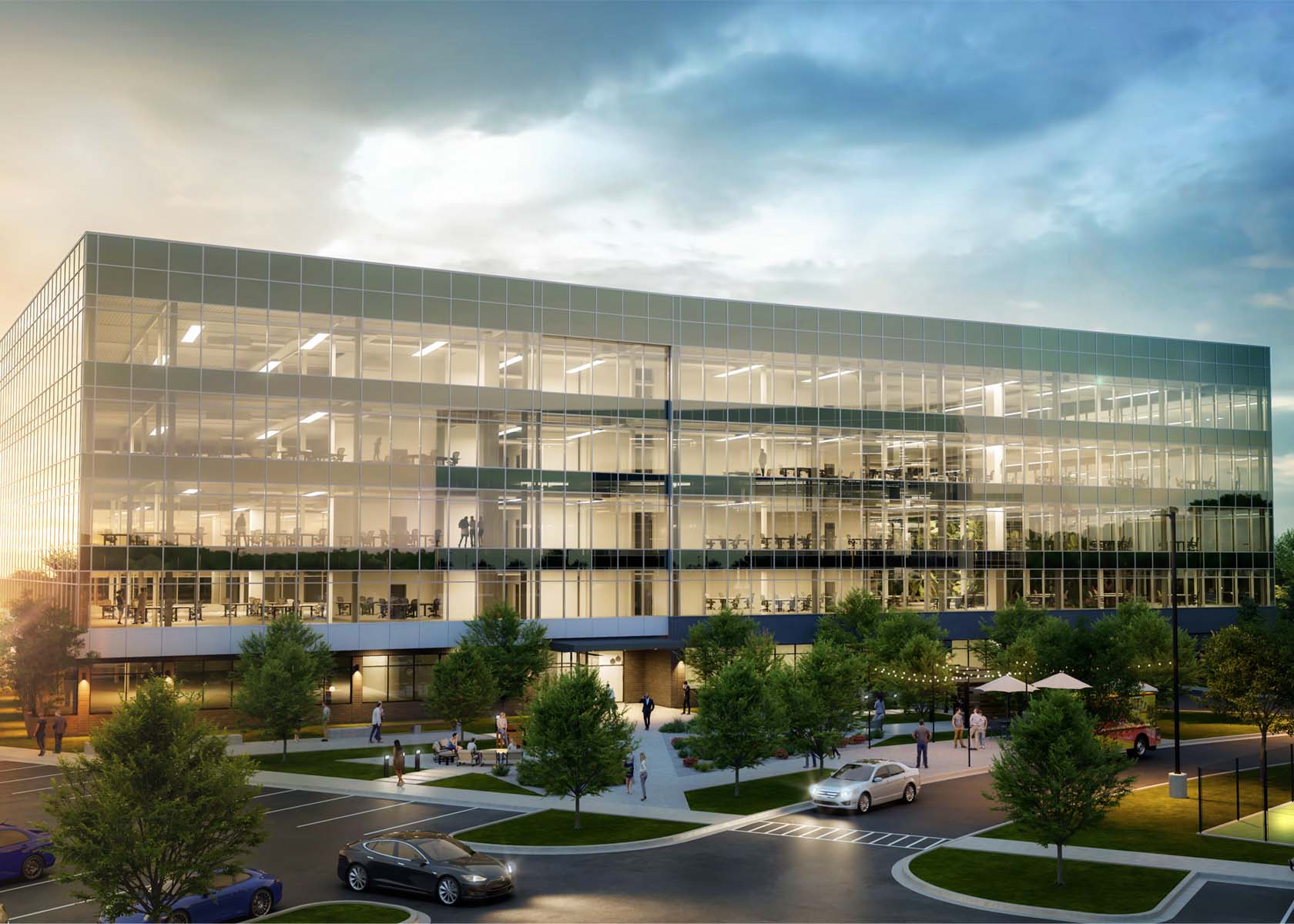 Whatever the suspended state of the region’s development industry during the global pandemic, Burns Scalo Real Estate is pushing forward to get the word out about its new plans in Moon Township.

The company revealed its proposal for a 41-acre site in the Parkway West community that calls for a three-building, 500,000-square-foot office park called Diamond Ridge projected to cost $130 million.

Burns Scalo closed on buying a majority of the site in December from Chevron Corp., which originally planned to build a major regional office campus there when the Marcellus Shale was booming, only to drop it when the play slumped.

Jim Scalo, CEO for Burns Scalo, who initially announced the broad contours of a plan when he first bought the property, is pitching the project in a different light now as most of the country is more than a month into shelter-at-home orders. He now sees the project as a method of social distancing to avoid the spread of Covid-19.

“Future tenants will all have the coronavirus in mind, and new properties will reflect that shift in tenant priorities,” said Scalo in a prepared statement. “We continue to see a great demand for new buildings to be built in the Parkway West. If we’ve learned anything from this pandemic, it’s that working from home doesn’t work. Americans are going to rush back to work and that will create demand for more office space, not less,”

Scalo further argued the crisis will result in more space needed as companies work to spread out their personnel more given the heightened concern over public health.

Burns Scalo, already active in the Parkway West, indicated it expects to start construction later this year but offered no specific start date.

It’s unclear if Diamond Ridge has received approvals yet from Moon Township, but the community previously approved a plan by Chevron for a campus of similar scale.