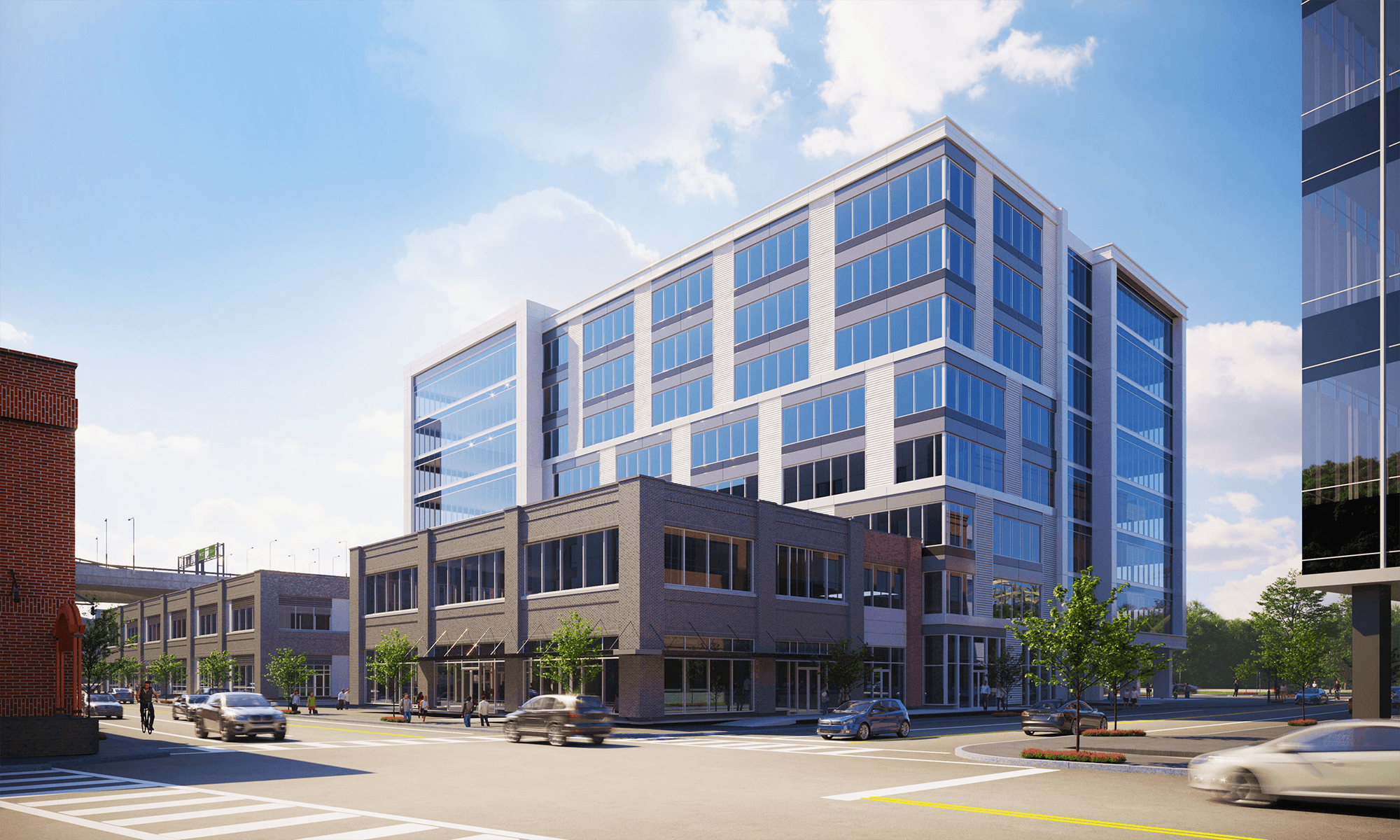 One of the Strip District’s major new development projects is starting the new year with a new name and under a new joint venture.

After getting approved for the project by the Pittsburgh Planning Commission last May, Bridgeville-based RDC Inc. has decided to joint venture on its 275,000-square-foot mixed-use development slated for 15th and Smallman Streets with Green Tree-based Burns Scalo Real Estate, the two firms have announced.

The project was previously called District 15 Beta by RDC, derived from the firm’s neighboring project, District 15, which the company built speculatively and succeeded in leasing in its entirety to the Oculus division of Facebook before it was completed.

Now, RDC and Burns Scalo are calling the new development The Vision on Fifteenth, still based on the design of AE7, but with some added amenities to a nine-story building with complementary retail space and a 385-space parking garage.

Shawn Fox, president of RDC, expects the combined force of his firm and Burns Scalo will better enable the project to start construction with full financing and shared risk.

“Speculative office development is one of the hardest kinds of projects to get out of the ground,” said Fox, emphasizing the joint venture project is happening and to expect a better development because of the collaboration. “Jim’s experience with speculative office projects and what he brings with full real estate services is what we think the project needed.

The joint venture brings together two of Pittsburgh’s most active local development companies.

After renovating a former industrial building in Bloomfield into the Empire on Liberty, RDC is also pursuing an apartment and office project on Liberty Avenue near the Pittsburgh Brewing Co. property and also built out a new robotic farming facility for Fifth Season last year.

Burns Scalo is nearing completion of its 150,000-square-foot Riviera office project at the Pittsburgh Technology Center in South Oakland and continues to pursue multiple developments along the Parkway West.

RDC gets a partner who will take on the project’s construction, management and leasing, replacing CBRE, which had been marketing the project to office users.

Burns Scalo gets to build a project in a focal site in what may be the hottest neighborhood in the region for new development, one in which he acknowledges pursuing a host of different opportunities.

“What Shawn and (RDC founder) John (Deklewa) did, I couldn’t do,” said Jim Scalo, CEO of Burns Scalo, of his new partners’ ability to establish a ground lease with the Buncher Company for the two-acre block of Smallman and 15th Street for which the project is slated.

“Nobody knows the Strip like Shawn,” added Scalo, alluding to Fox’s previous role with Oxford Development Company and its 3 Crossings development in the Strip along with District 15.

Pittsburgh’s Robotics Row that extends from the Strip District into Lawrenceville is brimming with more than 2 million square feet of new development plans as companies such Facebook Bombardier, Uber, Apple and others have set up with offices there.

But the open question is what will be built next in a new submarket in which new office space can be currently limited in availability?

A new quarterly office report by Newmark Knight Frank noted there were only a handful of options in the city’s most in-demand urban fringe neighborhoods for quality space of more than 30,000 square feet, including in the Strip District.

“The Strip has been a conveyor belt,” said Scalo. “Anything that goes in gets leased.”

The project remains a blank slate as far as potential tenants, acknowledged Scalo, who expects strong activity with the joint venture’s commitment to building it.

With the development fully approved by the city and with a building permit established, the RDC-Burns Scalo joint venture has made some other revisions beyond the name change to the project.

That includes a new fitness center with a climbing wall as well as more lounge and collaboration space, and added private balconies.

The Vision on Fifteenth is also a little bigger and with price tag projected to be a bit higher as well.

While RDC had previously expected the project to cost between $50 million and $60 million to build, the joint venture is now projecting the Vision to come with a price tag of $75 million, marketed for a total of 275,000 square feet versus 220,000 square feet before.

Scalo said the project has a tentative agreement for financing from Dollar Bank and fully expects to begin construction in March.

For a project that had flirted with potential office leases with firms such as PwC and others, RDC expects to see the project get fully built now through the joint venture with Burns Scalo.

Noting the challenges that come with attempting to pre-lease such a project before it’s built in Pittsburgh, Fox acknowledged the key role Scalo and company will bring to the development.

“What Jim understands is you have to start construction to bring certainty to it,” he said. “The market wants to know when you’re going to deliver.”

The Vision on Fifteenth is expected to be completed in summer 2021.