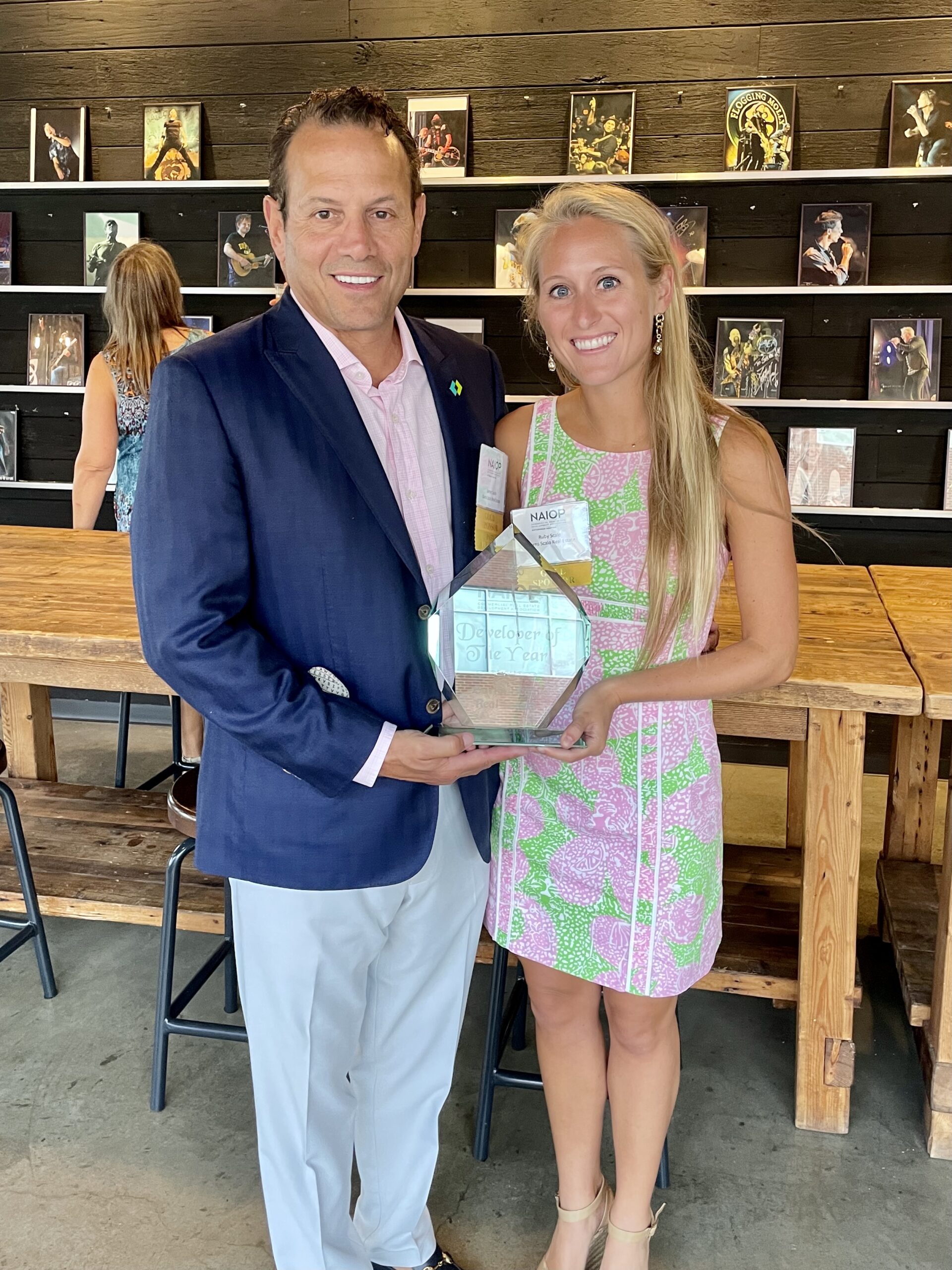 Last week was a good one for Jim Scalo and his team at Burns Scalo Real Estate after the firm won the Developer of the Year award at NAIOP Pittsburgh’s Summer Soiree event held at Stage AE in the North Shore.

It’s hard to argue the firm didn’t deserve the award. In 2020, the company went all in on Pittsburgh’s future, brashly making bold moves in the midst of arguably the most disruptive year ever for commercial real estate.

In January, before the coronavirus pandemic was on anyone’s radar, the firm completed leasing up their Boardwalk offices in the Parkway West. They filled over 200,000 square feet in the speculative projects within months of delivering them, in some of the biggest leases western Pennsylvania has seen in years.

Then they broke ground on the $80 million Vision on Fifteen. The 275,000-square-foot office building represented the group’s foray into the white-hot Strip District and they started the project on spec.

The decision to start a project without a tenant already in place is always a gutsy move in Pittsburgh, which was a slow office market even before the shutdown undermined the entire concept of the office itself. The arrival of the coronavirus seemed to destabilize the office world overnight, but by April, an undaunted Scalo was unveiling plans for a $130 million office campus in the long-struggling Moon Township. Scalo dubbed the project Diamond Ridge, and audaciously proclaimed that workers across the country couldn’t wait to return to high-end offices.

Shortly after betting heavily on the future prosperity of Moon, the Riviera project opened. Leasing up new offices is stressful, but the Riviera was one of the first in America to arrive in a post-COVID world. Naturally, it was built entirely on spec, and its arrival coincided with a skyrocketing of sublet offerings across the country.

A month later, with masks still mandated and retailers operating under severe capacity limitations, Burns Scalo decided to get into the retail game. In August, the company broke ground on the Piazza, a 50,000-square-foot neighborhood center in South Fayette.

Almost immediately, Scalo announced the firm would soon be breaking ground on another spec office project near the shopping center. The company paid $6 million to acquire an additional 22.54 acres around the Diamond Ridge site and is contemplating building the firm’s first multifamily property.

Throughout the year, in interview after interview, Scalo and his brokers remained confident about the future of office. The firm even created the acronym N.O.W., which stands for “New Office Wins,” the belief that companies will seek out locations in Pittsburgh’s largest submarkets that offer modern space equipped with the latest technology and safety measures.

The Riviera is already close to 60% occupied. Scalo also signed iHeartMedia to the firm’s Beacon project in South Fayette, where two major retailers also arrived at the nearby Newbury Market. Perhaps most importantly, the morning after the NAIOP event, Allegheny Technologies Inc. announced it would relocate its headquarters to the company’s Vision on Fifteen project.

The moves are strong indicators that demand for office space will outlast the pandemic. It also lends quite a bit more credence to Scalo’s rather large bet that new office will win out in the new world.