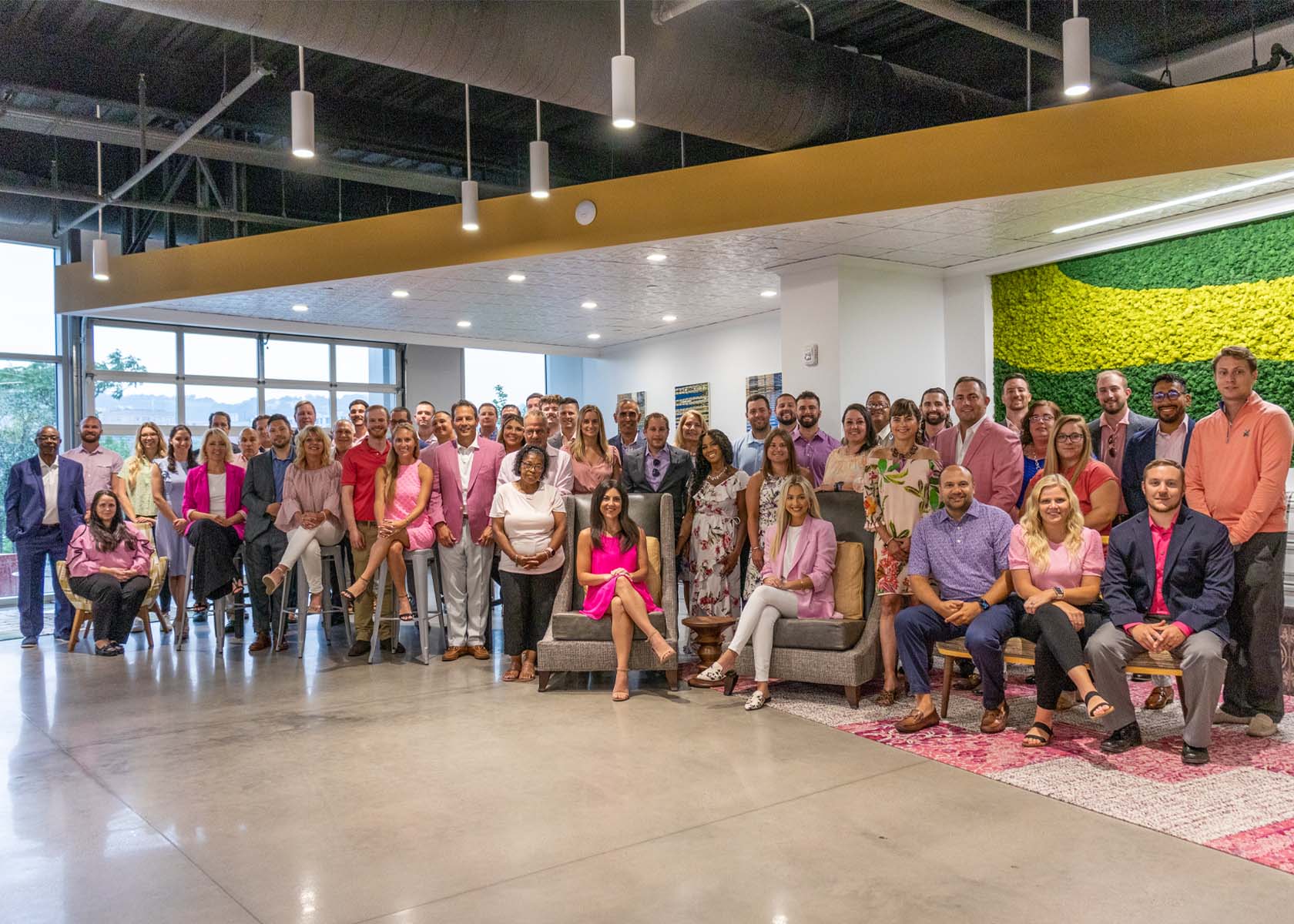 Burns Scalo Real Estate came in first place in the Pittsburgh Business Times’ 2021 Best Places to Work large category, featuring companies with between 50 and 149 employees. For the Best Places to Work rankings, employees of nominated companies with at least 10 employees in western Pennsylvania were surveyed by Quantum Workplace. All employees were given the opportunity to take a confidential survey online, and Quantum issued each company a score based on employees’ answers. Companies received scores up to 100, and the Pittsburgh Business Times, upon receiving the rankings from Quantum, decided a cutoff for the winners. Here’s more from what Burns Scalo had to say about keeping employees engaged:

Corporate America’s perception – and acceptance – of remote work may have been turned on its head since the pandemic began, but at least one Pittsburgh-based company’s experience is successfully challenging that narrative.

Burns Scalo Real Estate, an 80-employee commercial real estate investment company, worked remotely for two months in 2020 when lockdown orders were issued by the state. But because of the company’s state-designated essential status, it was permitted to bring back employees after those two months, and they’ve been there ever since.

Two employee satisfaction surveys administered at Burns Scalo over that two-year period run counter to the notion that companies must embrace remote work to maintain employee morale. In 2020, based on a survey soon after staff had returned to the office, the company ranked second in the Best Places to Work category that includes companies with between 50 and 149 employees. And for this year’s award, which was based on a survey in 2021 after more than a year working from the office, Burns Scalo placed first in that large-company category. At the time the survey was conducted, the company employed 61.

For Jim Scalo, president and CEO of Burns Scalo, the firm’s return to the office during the pandemic also was a statement about his philosophy on remote work: He doesn’t believe it’s as effective as working in-person.

“If there’s two people doing the same job, and one is working from home and the other coming into the office, the one that comes in is probably going to have a better career path,” he said.

Scalo doesn’t oppose all remote work, but believes that working from home is harder for some people, especially for younger employees.

“Remote work at some level can be easier if you have a large, quiet home,” he said. “But a lot of homes aren’t quiet, especially if you have young kids. And it works if you have a big house and people with you, but if you’re living alone in a tiny apartment, you probably want to get back to the office.”

Burns Scalo owns and manages more than 5 million square feet of commercial space throughout the region, space that could be negatively impacted if companies decide to have people work from home and reduce their office footprints as a result.

While Scalo is quick to admit that his perspective on remote work is, in part, influenced by his company’s mission, he has long been a vocal promoter of the importance of both the physical attributes of offices and the corporate culture created by companies in those offices as a way to attract, engage and retain employees.

In his 2018 book, “Work Them to Life,” Scalo wrote: “No matter what cultural practices or leadership styles you follow, your office space is a powerful supplemental tool. It is the surest way to attract people and inspire them to be more productive, innovative and loyal.”

That’s the approach Scalo has taken for company employees at its headquarters in Green Tree, which features both a fitness center and a cafeteria. There’s even a person designated as the happiness chief, Fran Scott, who’s tasked with coming up with initiatives that will engage and entertain employees, such as allowing them to take turns selecting music genres played in common areas and pumping scents through the office’s HVAC system.

Scalo’s primary focus, however, is on building a company culture that engages employees.

“People confuse culture with perks and benefits,” he said. “Culture is really based on how you treat people. It’s really how you treat each other.”